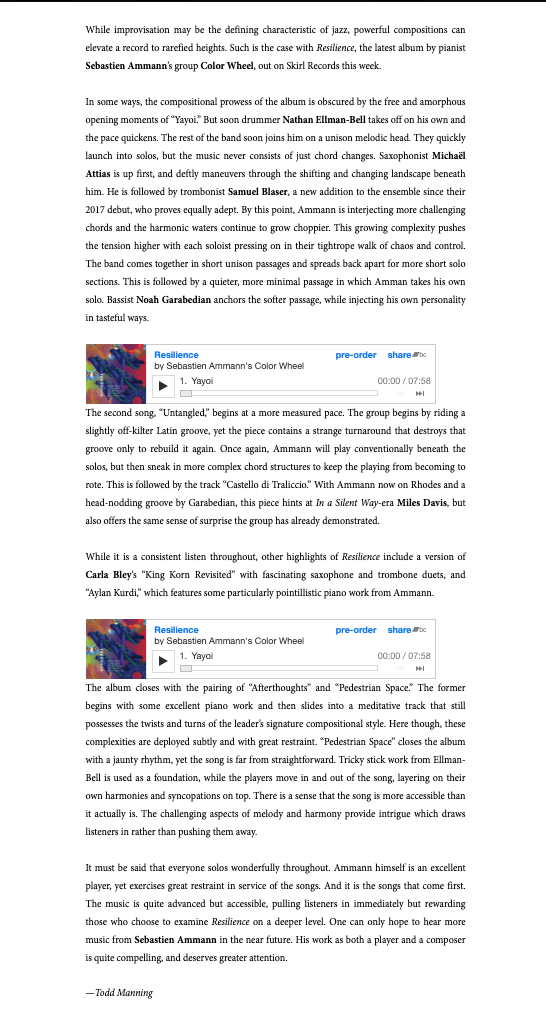 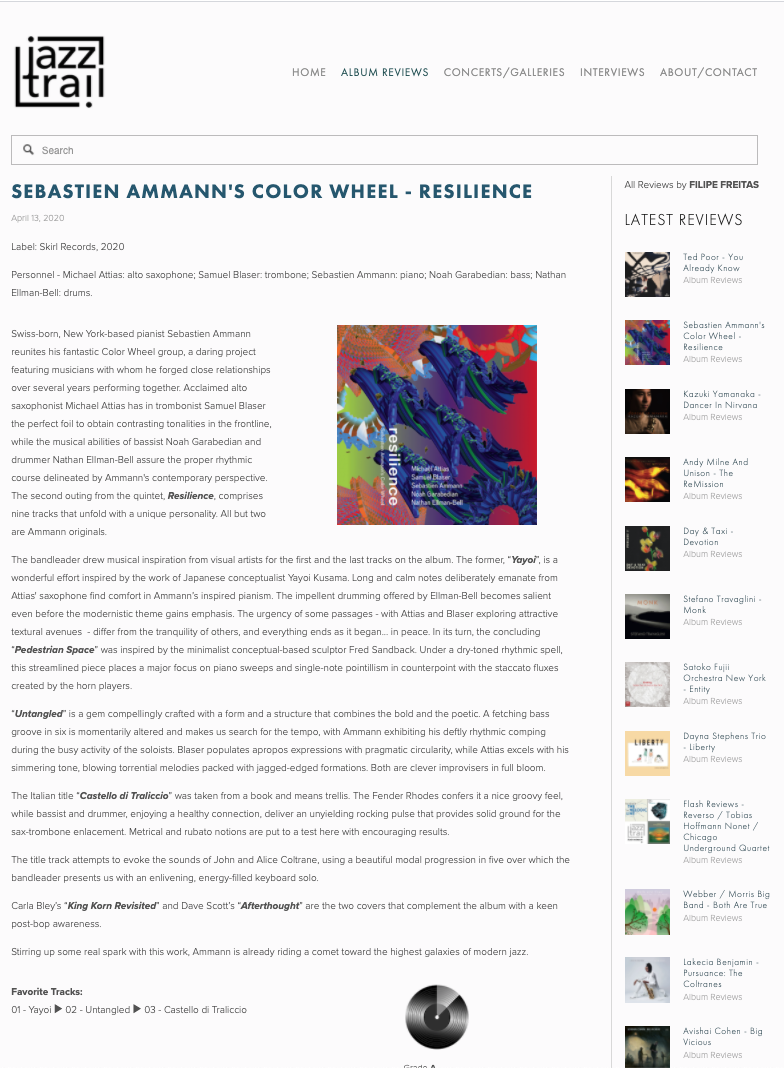 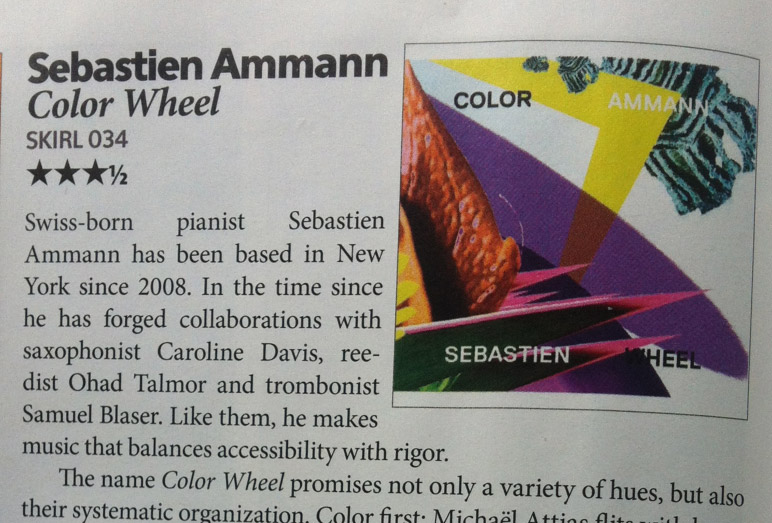 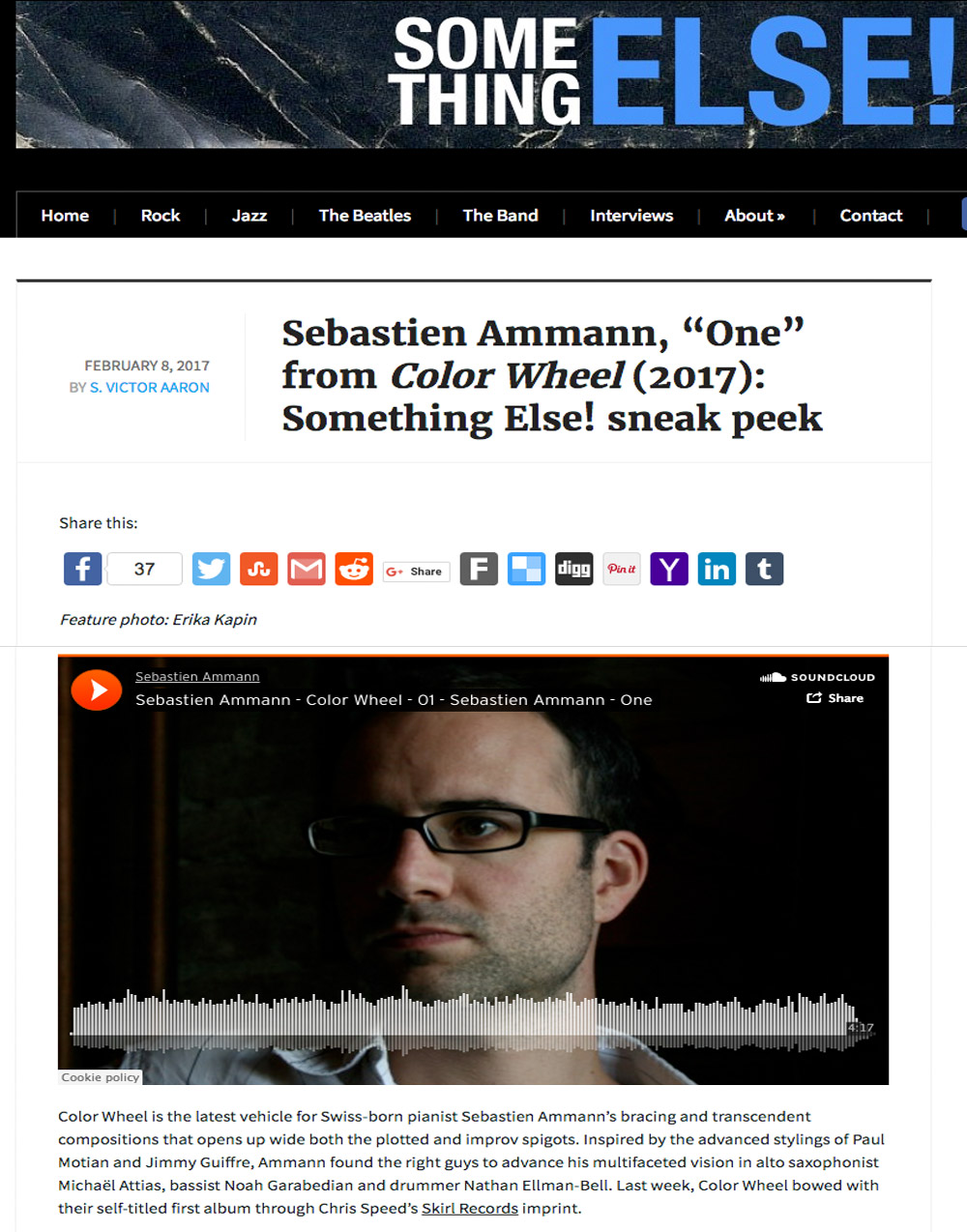 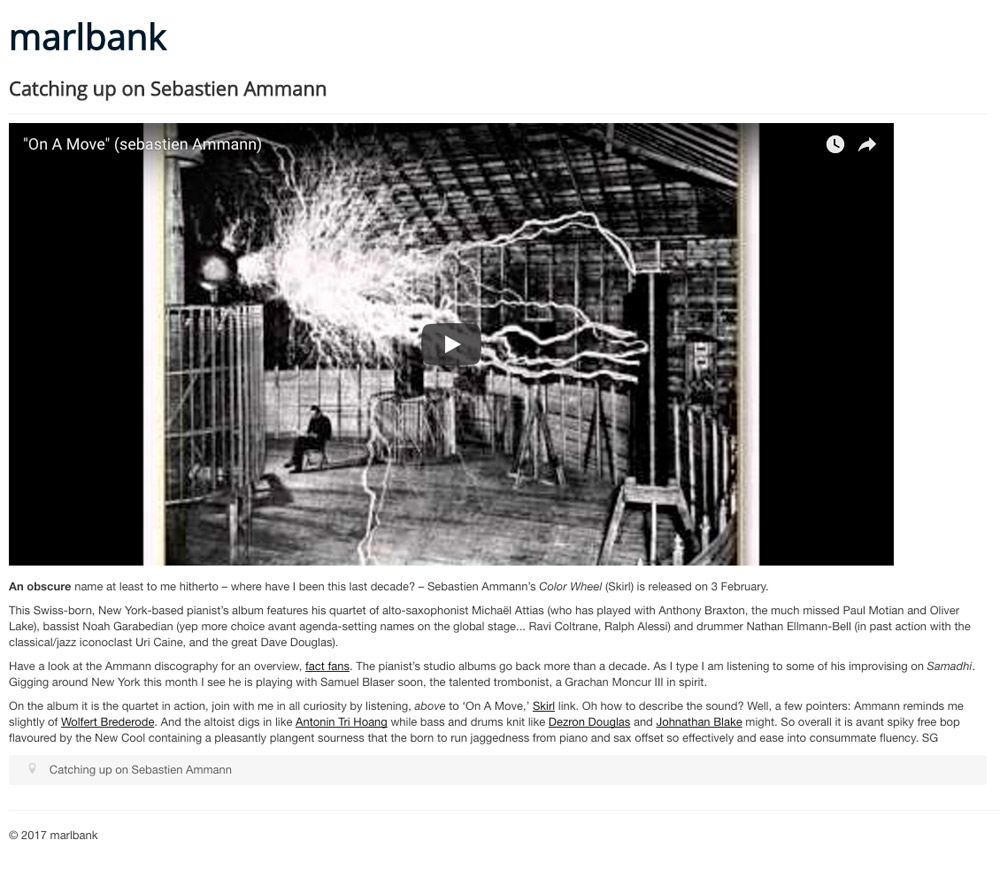 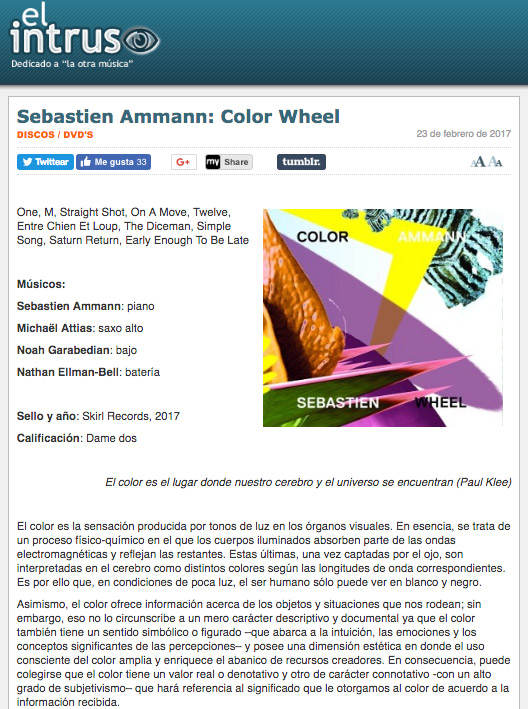 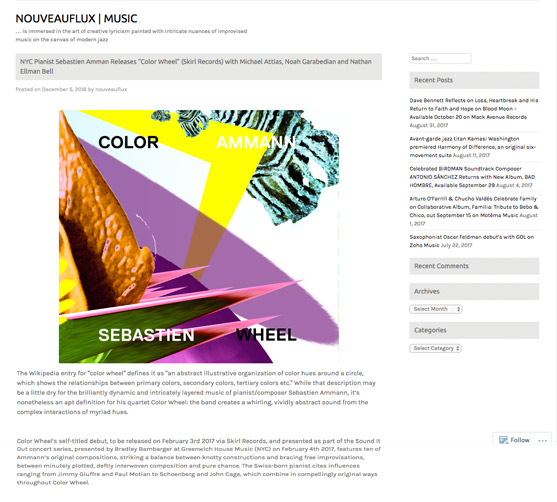 “This is one of those albums that sets off gracefully, quietly, and with a gliding motion as placid as skaters on a frozen pond.  This is one of those albums whose opening statement is so indelible as to resonate throughout the entirety of the recording, even as the rate of speed increases and the ride becomes more bumpy and jarring… still, that sublime opening statement speaks through the expressions to follow.  This is Samadhi, by the Sebastien Ammann Quartet.

It’s “Phase #1″ that creates the lasting impression.  Ammann’s murmuring piano notes open the album.  McPherson is more talkative on drums, but also speaks in a hushed tone, never threatening to shatter the mesmerizing spell cast by piano.  The cooing of melody from Talmor’s sax balances smartly against the deep-voiced patience of Ambrosio’s bass.  The poised phrases are carried along by the undercurrent of a rhythm that grows increasingly volatile… but it remains an undercurrent, serving to enhance the composure with which the melody is exhaled.  The contrast is almost hypnotic.

And when subsequent track “Serendipity” presents itself as more upbeat, more willing to get up and go, the tranquility of the opening salvo lingers.  Talmor’s saxophone lines, though delivered with a greater urgency, still provide that original sense of patience and poise.  It’s Ammann’s piano that provides a bit of contrast this time, punctuating his accompaniment in a way to imply a slower rate of speed than that realized by McPherson’s flurries on drums.

“Renk-Curb” returns a composed elegance to the affair.  Sax and piano twirl about one another, utilizing separate motions and speeds, yet shape their melodic patterns in a way that leaves them intertwined, atop a rhythm of choppy waves.  Title-track “Samadhi” cuts a straight-ahead path, but its playfulness with the cadence emphasizes the mutability of the music presented to the ear as shaped by the sound of first impression.

“The Ineffable” comes closest to recasting the spell of that opening track, with Talmor’s patient saxophone phrases riding the crest of a dynamic rhythmic attack by the other three quartet members.

The ballad “Afterglow” keeps things serene, and features some nifty conversation from Ambrosio’s bass.  “Saturn Return” works the opposite end of the spectrum, running free, and the clash of sound is an aberrant dissonance to the ballad that came before.  And yet, even here, it is not enough to transform the nature of this album or the elegance of its opening moments.

The album ends with a take on the standard “You Stepped Out of a Dream.”  Each quartet member adopts a different flight pattern, yet their seemingly endless points of intersection provide the performance with a satisfying sense of cohesion.  It’s an interesting way to take this particular album out.  On the one hand, it doesn’t necessarily tie in with the rest of the album songs; on the other hand, its differentiation goes a long way to establishing a sense of finality, of the spell reaching the last of the magic.  And in that regard, it makes for a nifty landing point.

Just a real enjoyable recording.  The quartet hits a rich vein of ambiance right at the outset, and, thankfully, continues to mine it for the length of the recording.  Good stuff. 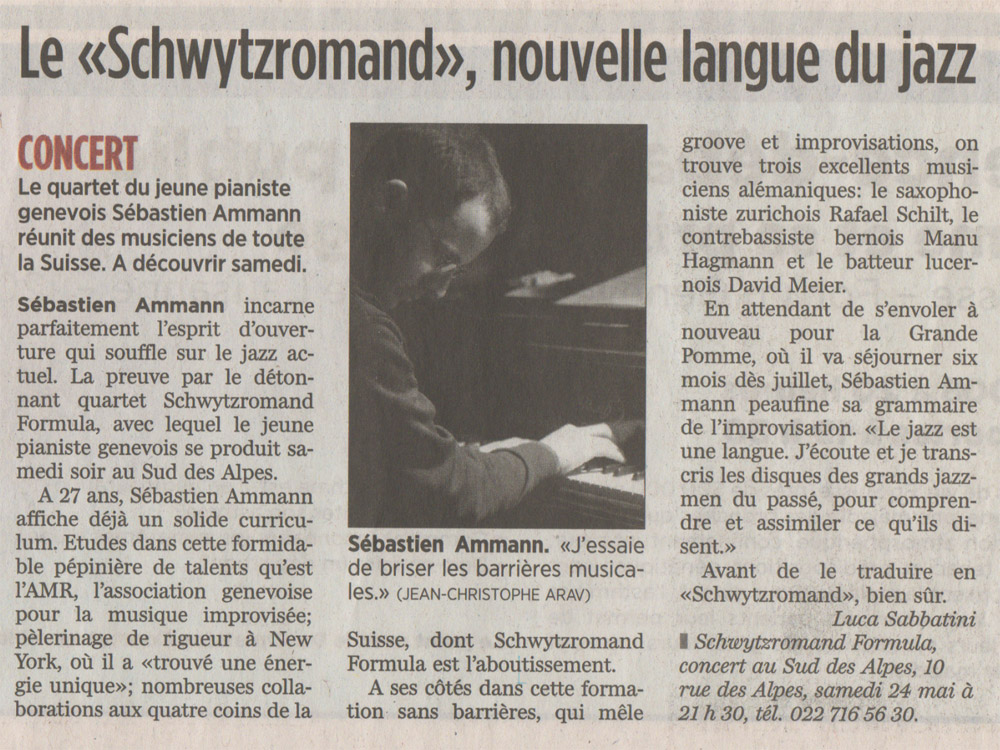